The Coca-Cola Company has teamed with The Ocean Cleanup to stem the tide of plastic waste flowing from rivers into the world’s oceans. Announced in June 2020, the partnership is working to deploy the Dutch organization’s portfolio of Interceptor™ Solutions in 15 river cleanup projects around the world.

The Coca-Cola system’s global reach, local relationships and marketing expertise will help support The Ocean Cleanup’s mission to rid the world’s oceans of plastic and turn off the tap of new plastic entering the oceans.

“The Coca-Cola Company is not just providing funding,” said Boyan Slat, Founder and CEO of The Ocean Cleanup. “They’re rolling up their sleeves and helping us with government affairs, waste management and finding the right on-the-ground partners… things we’ve struggled with as a small team and, as a result, have created bottlenecks. Our strengths are research and engineering, but we need help with local operations and execution to accelerate our work.”

Creating awareness about The Ocean Cleanup’s solutions to tackle the marine plastic pollution crisis—including additional partners and investors—will help speed the deployment of Interceptor and waste management solutions in critical rivers around the world.

Local Coca-Cola teams are lending a hand in countries where Interceptor solutions are deployed, as well as many others in the pipeline, with a regional focus to increase knowledge-sharing and collaboration. Initial deployments are clustered in southeast Asia and the Caribbean.

The current goal of the partnership is to test and validate different Interceptor solutions and technologies in 15 river cleanup projects. This is a crucial early phase that will then help The Ocean Cleanup scale toward their goal of cleaning 1,000 rivers responsible for 80% of the river plastic entering the world’s oceans.

With operations in more than 200 countries and territories, the Coca-Cola system is uniquely positioned to support the local community engagement required to deploy new Interceptor solutions and to help process and recycle collected plastic in support of a circular economy.

“Getting an Interceptor into a river is like putting together a huge jigsaw puzzle,” said Steven Paalman, Rivers Director, Asia, The Ocean Cleanup. “With support from Coca-Cola, our challenges are becoming less challenging over time. We’re learning together as quickly as we can to get wind under our wings and tackle the problem ahead of us, which is far too big to solve on our own. It’s been encouraging to see so much engagement, energy and support from local Coca-Cola teams… I look forward to what we can accomplish together.”

Vietnam: Can Tho River (Interceptor 003)

Following three months of successful testing in the Can Tho River, The Ocean Cleanup celebrated a major milestone in April by handing over control of Interceptor 003 to the country’s Department of Natural Resources and Environment (DoNRE). In addition to managing day-to-day operations in the south of the Mekong River Delta, DoNRE is conducting research to understand how plastic waste behaves in the river, which is Vietnam’s primary fishing source. The Interceptor has removed an average of nearly 22,000 pounds of debris from the river each month since December 2021.

Coca-Cola launched a communications campaign in Vietnam in early 2022 to build awareness of The Ocean Cleanup’s solutions and plans for the project. “We’ve learned that the Interceptor is the hero,” said Anna Dear, Community and Stakeholder Senior Manager, ASEAN and South Pacific, The Coca-Cola Company. “When people can see the Interceptor in action, they can better understand how this technology works. We’re also seeing the tremendous opportunity we have to use storytelling to open doors to potential partners.”

The Klang river project is part of a wider Selangor Maritime Gateway plan that has been initiated by the Selangor State Government via Landasan Lumayan Sdn Bhd to clean plastic waste and rehabilitate this important river. The Ocean Cleanup has deployed two Interceptors (002 and 005) in this waterway, which runs through industrial areas of the capital, Kuala Lumpur and the state of Selangor.

Interceptor 005 is located close to Port Klang, where the river flows into the narrow Straits of Malacca between Peninsula Malaysia and the Indonesian island of Sumatra. Interceptor 002 is located further upstream and closer to historical Klang town.

Coca-Cola is conducting a feasibility study to explore how waste collected from the river can be sorted and recycled. Findings from Malaysia will be shared with the region, particularly in Vietnam, where waste management discussions are in the early stages. Coca-Cola also is identifying local partners to sort and recycle collected waste, with the goal of reducing the amount of trash sent to landfill and moving towards circularity.

An Interceptor is on track for an October 2022 deployment in the fast-moving, serpentine Chao Phraya River. Ecomarine, a Thai company committed to the preservation of the natural marine environment, will oversee day-to-day technical operations in Bangkok, with support from Thailand’s Ministry of Natural Resources and Environment and Department of Marine and Coastal Resources. Coca-Cola will coordinate waste management solutions and drive awareness among consumers and stakeholders. A three-year research program at Chulalungkorn University will use monitoring cameras and GPS trackers on tributary canals and bridges to study the flow of debris in the river basin.

“Having Chulalongkorn’s world-class team of researchers will help us answer questions such as: ‘When and how do plastics spill into the Chao Phraya River? When, how fast and how far will they be flushed downstream?’ This groundbreaking research will then be shared to better address the problem,” said Ben Hargraves, Project Lead for Thailand and Malaysia, The Ocean Cleanup.

Interceptor 004—the first in the Caribbean—has been operational since August 2020, following delays due to COVID-19 and multiple tropical storms. Rio Ozama, which flows through the center of the capital city of Santo Domingo (population 4 million), is home to one of The Ocean Cleanup’s flagship research projects where cameras, GPS trackers and drones are monitoring the path and accumulation of plastic waste. The project is running in collaboration with the Armada de Republica Dominicana (Dominican Navy) and the United Nations Development Programme (UNDP), with logistical, fundraising and waste management support from The Coca-Cola Company. 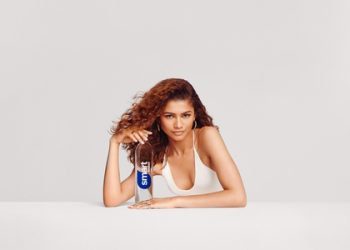 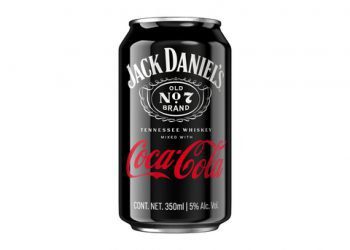 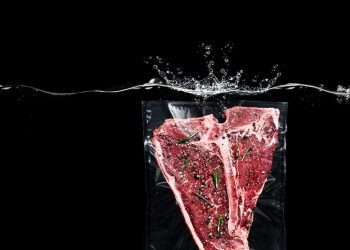 Over 25,000 Employees Joined Amazon Career Choice in the Last 6 Months