Air Products (NYSE:APD) and New Flyer of America Inc. continued its tour of the Northwest United States (U.S.) at the end of March, visiting two cities in Oregon to demonstrate the benefits of fuel cell electric buses powered with Air Products’ hydrogen.

As part of the demonstration, Sunline Transit Agency in Thousand Palms, California provided a New Flyer Xcelsior CHARGE H2™ from its fleet of hydrogen buses to showcase the benefits of hydrogen in transit. The Oregon-leg of the tour began in Portland where a local transit agency observed the bus being fueled using an Air Products’ mobile fueling station. As part of the demonstration, the transit team received training on how to fuel the bus, then drove the bus on its regular route to get first-hand experience of how the vehicle performed under real-world conditions. Air Products and New Flyer later made a similar stop in Eugene, Oregon.

The stops in Oregon followed a week of similar demonstrations in Washington State. Oregon and Washington are among several states that have taken steps to encourage public transportation providers to transition from traditional gasoline or diesel-powered vehicles to low- or no-emission fleets. Hydrogen fuel cell bus technology provides transit agencies with a proven, efficient alternative for a zero emissions fleet under a vast range of operating conditions, and not just for short routes.

“Air Products has made substantial investments to ensure that customers have ready access to infrastructure and supply of hydrogen as the world transitions to a greener, more sustainable future,” said Eric Guter, Air Products’ vice president – Hydrogen for Mobility Solutions. “These demonstrations are an opportunity to showcase the real-world environmental benefits available today through hydrogen.”

For every zero-emissions hydrogen vehicle, Air Products has a hydrogen fueling solution. Air Products is the world’s leading supplier of hydrogen and hydrogen for mobility solutions with over 60 years of experience. The Company’s technologies are used in over 1.5 million refueling operations annually, across twenty countries and over 250 projects.

Last year, Air Products celebrated the grand opening of the largest hydrogen fueling station for transit buses in the U.S. Located at the Orange County Transportation Authority in Santa Ana, California the station is equipped with Air Products’ hydrogen fueling technology, design and equipment. It has a bus fueling capacity for up to 50 buses, which corresponds to fueling up to 1,500 kilograms (kg) of hydrogen in eight-hours. The station can fuel transit buses with an average of 28 kg of hydrogen per bus, in six to 10 minutes per bus, while also providing back-to-back bus fueling for up to 30 buses, and offers simultaneous fueling capability with multiple fueling lanes. 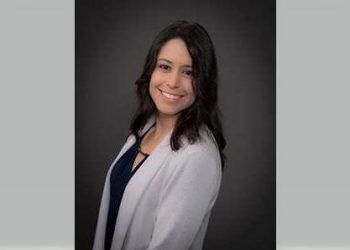