Amazon Opens New Robotics Facility in the U.S. with Over 200 New Manufacturing Jobs

Since 2010, Amazon has created more than 20,000 jobs in Massachusetts and invested more than $10 billion across the Commonwealth

Amazon began introducing robotics into its facilities in 2012 and has since added over a million new jobs worldwide. Earlier this week, Amazon announced it is hiring for 150,000 seasonal jobs, including 1,500 in Massachusetts. All regular, full-time employees will have access to a starting wage that is more than double the federal minimum wage—along with comprehensive health benefits, paid time off, up to 20 weeks of fully paid parental leave, and more for employees and their families.

“Massachusetts offers a highly talented workforce, and this Amazon facility opening further cements our state’s reputation as a key center for robotics development,” said Lieutenant Governor Karyn Polito. “The opening of this new state-of-the-art robotics facility creates new jobs for individuals across a wide range of skills and backgrounds in addition to the 1,500 new seasonal jobs Amazon has created in the Commonwealth as the company continues its investment in the state’s economic growth and development and I am pleased to be here for this opening, especially during STEM Week in Massachusetts.”

“We care about the communities where we operate. This is why we are proud to expand high-tech robotics manufacturing in the U.S. and in Massachusetts specifically with the opening of this new facility,” said Vice President of Amazon Robotics Joe Quinlivan. “As a company we have created more than 20,000 jobs in Massachusetts since 2010 in communities from Boston to Westborough and beyond. This latest addition to Amazon’s presence in the Commonwealth brings great jobs, from hourly manufacturing roles to engineers and developers working on advancements in robotics, to help our facilities run safely and meet our customers’ needs.”

With this new site, Amazon Robotics will continue to grow its engineering, manufacturing, support, and test teams in Massachusetts. The 350,000-square-foot facility will feature corporate offices, research and development labs, and manufacturing space—in addition to Amazon Robotics’ current site in North Reading, Massachusetts. Together, these two facilities serve as an epicenter of the company’s robotics innovation.

“I want to welcome Amazon Robotics to Westborough and congratulate them for choosing to build out this first-of-its-kind facility in Massachusetts,” said Housing and Economic Development Secretary Mike Kennealy. “This facility reaffirms the importance of the work we have done to build a talented workforce, foster innovation, and create an ecosystem in the Commonwealth that allows innovation to grow and thrive.”

Manufacturing of Amazon Robotics mobile drive units will be a primary focus in the facility. Since 2012, when Amazon first began introducing robotics into its facilities, the company has added over a million new jobs worldwide while deploying more than 350,000 drive units across its facilities. These drive units and other robotic technologies work closely with employees to help safely and reliably fulfill customer orders.

“The opening of this robotics manufacturing facility and the new jobs it provides demonstrate the strength of our regional economy and our workforce. We look forward to a strong partnership with Amazon Robotics,” said Kristi Williams, Westborough’s town manager.

Amazon takes its role as an employer in the Commonwealth seriously. In addition to opening the new robotics facility in Westborough, Amazon is hiring 1,500 new full and part-time operations jobs across its sites in Massachusetts. These jobs include stowing, picking, packing, and sorting customer orders, in addition to roles in management, IT, HR, safety, and security.

Joining Amazon in an hourly role can be a springboard to an Amazon career. Employees are provided access to the education and training they need to grow their careers at Amazon and beyond. In the U.S., Amazon is investing $1.2 billion to upskill more than 250,000 employees by 2025 to help move them into higher-paying, in-demand jobs. Individuals interested in applying for jobs in Massachusetts can find more information at amazon.jobs/amazon-robotics. 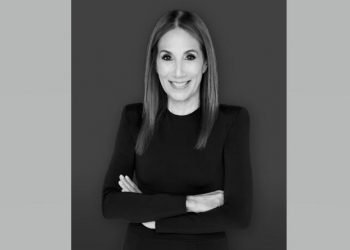