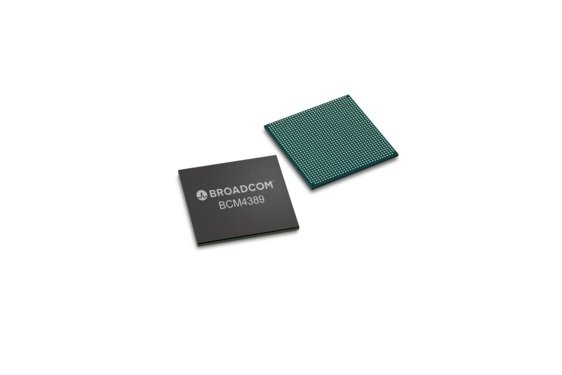 Wi-Fi 6E, the latest generation of Wi-Fi, delivers multi-gigabit speeds and millisecond latencies by operating in the 6 GHz band. Countries, including the United States and South Korea, have tripled the available Wi-Fi spectrum by opening up 1.2 GHz of spectrum in the 6 GHz band for unlicensed use. This expansion creates seven additional 160 MHz channels for the BCM4389, unlocking the value of Wi-Fi 6E for remote work, education, telemedicine, and gaming. For more information on Wi-Fi 6E, please visit https://www.broadcom.com/info/wifi6e.

“We are truly excited about this partnership with Broadcom in bringing a seamless and secure connected experience to our Galaxy users,” said JM Choi, VP & Head of Convergence Development Group, Mobile Communications Business at Samsung Electronics. “Our joint dedication to a market-leading technology has evolved to now include Wi-Fi 6E on the Samsung Galaxy S21 Ultra, and enables an unrivalled connectivity experience for Galaxy users to share and consume content with confidence.”

“We are honored to have collaborated with Samsung to enable the world’s first Wi-Fi 6E phone,” said Vijay Nagarajan, vice president of marketing for the Wireless Communications and Connectivity Division at Broadcom. “Back in 2019, our partnership in launching Wi-Fi 6 in Samsung Galaxy S10 kick-started a technology transition that has resulted in around half-a-billion Wi-Fi 6 devices in the world today. Today, this partnership has made the Samsung Galaxy S21 Ultra a showcase for the immersive possibilities with Wi-Fi 6E, and a harbinger for the technological disruptions that await us with Wi-Fi in the 6 GHz band.”

“As the 6 GHz band continues to open up in countries across the world and as the 5 GHz band becomes increasingly crowded in many areas, the time to include Wi-Fi 6E in devices is now,” said Phil Solis, research director at IDC. “Smartphones are both high data-rate and relatively ubiquitous devices that generally rely on Wi-Fi connectivity indoors, and their shift to using the 6 GHz band will have substantial impact on the performance of those devices and the networks they are on.”

The BCM4389 is a smartphone Wi-Fi 6E / Bluetooth 5 combo chip. Key features include: