CUMMINS CELEBRATES 2020 REDUCTIONS IN WATER, WASTE, ENERGY USE AND GHGS Cummins’ 2020 environmental sustainability goals led to significant reductions in water use, waste production and energy use, as well as critical savings in greenhouse gases (GHGs).

The findings included in the company’s recently released 2020 Sustainability Progress Report demonstrate that setting challenging goals, sharing them publicly and reporting on the company’s progress can drive important environmental benefits.

Even when the company fell short of a goal, it made meaningful progress. For example, while Cummins didn’t achieve its goal of a companywide 95% recycling rate, it nevertheless set a record rate of 93%.

“I remember when we created the 2020 plan, expanding into a wide range of public goals across greenhouse gases, water and waste,” said Brian Mormino, Executive Director of Technical & Environmental Systems at Cummins. “It is amazing to now reflect on how we used our data and experience – combined with our passion and commitment – to produce really powerful results.”

The gains on reducing water use were especially impressive from the goals announced in 2014. The company first reached its goal of a 50% reduction in water use intensity (water use adjusted by hours work) in 2018, then surpassed that goal the following two years, ending 2020 with a 53% reduction compared to Cummins’ baseline year of 2010.

The company reduced its overall water consumption to 772 million gallons in 2020, a nearly 14% drop from 2019 and a 20% reduction from 2017 when Cummins used 964 million gallons. Much of the company’s water reductions were achieved through low- and no-cost efforts, notably fixing leaks and optimizing processes. Cummins’ conservation efforts also involved some capital projects, primarily equipment efficiency upgrades and other high-impact projects.

Cummins’ water neutrality efforts also yielded success. The company validated 16 sites as achieving Cummins’ standard for water neutrality in 2020, surpassing the company’s goal of 15. In many instances, these locations offset their water use with community improvements to either conserve water or make new water sources available.

The company will build on those community improvements in the Cummins Water Works program announced recently. The $8 million initiative will invest and engage in sustainable, large-scale, high impact projects.

Cummins also made significant progress on the company’s effort to reduce both the GHGs it produces and those the company’s products produce in use.

And none of this includes the groundbreaking work Cummins is doing in low-carbon battery-electric and fuel cell electric technologies, or the electrolyzers critical to producing low-carbon green hydrogen.

Cummins also achieved its goal of increasing the company’s use of renewable power. In addition to its support of a wind farm expansion in northwest Indiana, Cummins is up to 45 sites that have systems to collect solar power. The wind farm expansion offsets nearly all of the electricity the company uses from traditional sources at its Indiana facilities in the United States.

While Cummins just missed its goal of achieving a 32% energy intensity reduction (absolute energy use adjusted by hours worked) from company facilities, it did reach a 27% intensity reduction. The pandemic introduced complications to achieving the goal, significantly reducing hours worked. However, absolute energy use fell 10% in 2020, which translates into a GHG savings..

Cummins exceeded the company’s 2020 goal for sites achieving Cummins’ standard for Zero Disposal status. Thirty-five sites achieved the standard by the end of year, five more than the company’s goal of 30 sites. The standard is extremely challenging, only allowing incineration if it generates more energy than it takes to maintain combustion.

The company’s waste reduction efforts did benefit from the facility closings caused by the pandemic in 2020. Generated waste fell by 15.8% last year, or a little more than 78 million pounds.

That, however, was at least partially offset by an increase in waste streams from disposable personal protective equipment (PPE) to guard against the spread of COVID-19 in open Cummins facilities. Following local regulations for the safe disposal of PPEs was a top priority.

As for the 95% recycling rate goal, the company knew it was aggressive when it was announced in 2014. The challenge grew as Cummins absorbed or acquired additional sites and found it difficult to find places to recycle in some parts of the world. Finally, the amount of relatively easy material to recycle such as corrugated paper and wood dwindled as the company made greater use of returnable and re-useable packaging. And yet Cummins missed its overall goal by just two percentage points.

What’s next? the company hopes to build on the success of its 2020 goals by achieving the 2030 goals established in PLANET 2050, Cummins’ environmental sustainability strategy. 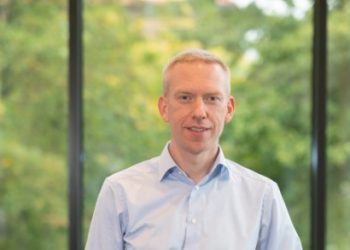 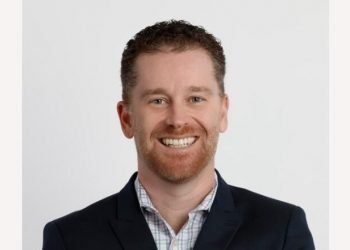