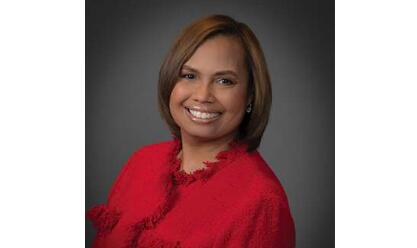 Carter has more than 25 years of experience with Dow. Before assuming her current responsibilities, she held the role of North America commercial vice president for P&SP. While serving in that role, Carter was a member of the global business leadership team and was responsible for the overall profit and loss of P&SP’s North America region.

Carter has held a variety of global business positions throughout her career, including global business director and global marketing director for P&SP, and has also held roles within Building and Construction, Polyethylene, Engineering Thermoplastics, Fabricated Products and Information Technology Equipment, and Consumer Electronics.

Her leadership extends to several external organizations as well, including serving as chair of the Business Leaders Committee on the State of Michigan’s Black Leadership Advisory Council, as well as chair of the Catalyst Board of Advisors.

“As CHRO and the Company’s first Chief Inclusion Officer, Karen’s leadership has meaningfully impacted the way we address both workplace skills and competencies, to enable the transformation of our culture and develop the next generation of Dow leaders,” said Jim Fitterling, Dow Chairman and CEO. “This is a pivotal time for Dow’s P&SP franchise. We are accelerating our commitment to address plastic waste and meet customers’ increasing demands for more sustainable and circular products. Karen is a proven leader who will further advance the implementation of our ‘Decarbonize and Grow’ strategy, build important collaborations, and enable a new industrial ecosystem to grow.”

Donoso was named president of P&SP in 2012. His journey with Dow began more than 30 years ago, when, after graduating with a degree in business administration from Babson College in Boston, he joined Dow as a trainee in the commercial area in São Paulo, Brazil. Over the next 20 years, Donoso served in numerous marketing and commercial leadership positions for Dow’s resins and plastics franchise in both Latin America and Europe. In 2010, Donoso was appointed President of Dow Japan and Korea based in Tokyo, Japan, and in 2012, transferred to Dow’s corporate headquarters in Midland, Michigan and was promoted to President of P&SP later that year.

Throughout his career, Donoso has been a strong proponent of diversity, equity and inclusion, serving as an executive sponsor of Dow’s employee resource groups (ERG) including the Women’s Innovative Network and most recently for the Middle East, North Africa ERG. Donoso currently serves on the Board of Directors for the Sadara joint venture with Saudi Aramco, Board of Directors for Circulate Capital, and is Chairman of the American Chemistry Council’s Plastics Operating Committee.

“Diego has truly left his mark on Dow,” said Fitterling. “Through his leadership of the P&SP segment over these past 10 years the business has exceeded customers’ expectations on innovation, performance, and sustainability. Beyond that – Diego has been a trusted advisor, mentor, and champion to many people across Dow and has helped develop the next generation of Dow leaders.”