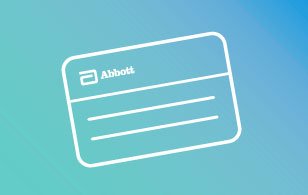 – Priced at a third of the cost of other available continuous glucose monitoring systems(3), data suggests increasing use of FreeStyle Libre system could save Medicaid millions annually(4) by reducing costly complications

– The groundbreaking FreeStyle Libre portfolio has been extensively studied with real-world data from more than 1 million users(5) and clinical evidence, showing it helps people with diabetes significantly improve their health and quality of life(6)

Presented at the American Diabetes Association® (ADA) 81st Scientific Sessions, the data demonstrate meaningful outcomes for people with diabetes using FreeStyle Libre system, including reductions in HbA1C levels, acute diabetes events and all-cause hospitalizations1,2. Globally priced at a third of the cost of other CGMs3, the FreeStyle Libre technology is widely available to people with diabetes, reaching more diverse and at-risk populations than other systems. Notable findings include:

“Abbott is helping to close the health disparity gap for the millions of people living with diabetes. We designed FreeStyle Libre system to be broadly accessible to all those who need it, no matter a person’s income level, race or background,” said Mahmood Kazemi, M.D., divisional vice president, global medical and scientific affairs and chief medical officer, Diabetes Care, Abbott. “This new data adds to the unparalleled clinical evidence and real-world data from more than 1 million users demonstrating the positive impacts — in both health and equity — that come from the significant cost-savings of Abbott’s life-changing continuous glucose monitoring technology.”

Despite technological advancements in diabetes care, health inequity is increasing across many underserved populations, including low-income families, individuals with disabilities, older adults and people of color. Individuals with diabetes span a diverse population and it is critical that everyone living with diabetes has access to affordable and easy-to-use CGM systems that work.

More than 75 million Americans rely on Medicaid8. This often-overlooked population is twice as likely to be living with diabetes and CGM access is limited by many state Medicaid programs. The median percentage of Medicaid beneficiaries with HbA1c of more than 9% (indicating poor control of diabetes) is about 39%9, more than double the corresponding national average of 16%10.

“For millions of people living with diabetes, systemic disparities are limiting access to healthcare resources, diabetes education, care and technology,” said James R. Gavin III, MD, PhD, clinical professor of medicine at Emory University and chief medical officer of Healing Our Village, Inc. in Atlanta. “By opening the vital gateway to access, including to technology to monitor glucose continuously, we can drive improved health outcomes, stabilize glucose levels and keep people out of the hospital.”

To further address the health and economic disparities, Abbott committed $5 million over three years to support the ADA’s Health Equity Now initiative that champions the right for all people with diabetes to access better care and the latest medical advances. This includes community initiatives and efforts to support low-income Americans – of which more than 75% are made up of people of color – with access to the latest technologies.

“The COVID-19 pandemic has brought increased attention to the significant health disparities faced by millions of people from low-income and underserved communities across America, and has put a spotlight on the additional challenges faced by the particularly underserved population with diabetes,” said Tracey D. Brown, chief executive officer, American Diabetes Association.

“Access is at the center point of how we can bridge the inequity gap for people with diabetes. Everyone living with diabetes should be able to lead healthy, full lives and that begins with ensuring widespread access to the latest technologies, including continuous glucose monitoring technology.”