No Result
View All Result
Home ALL Rail

Los Angeles Metro Subway Cars to be Built at CRRC Mayor Domenic J. Sarno and City and State officials joined with CRRC MA and officials from the Los Angeles County Metropolitan Transportation Authority (Metro) to announce that the pilot cars for the Los Angeles Metro will be delivered for testing.

In 2016, Metro awarded a contract to CRRC MA to design and manufacture 64 new subway cars for the B (Red) and D (Purple) Lines with a consideration for an additional 218 subway cars for a contract value totaling $647 million.  Production of Metro’s subway vehicles will begin at CRRC MA’s 204,000 sq. ft. manufacturing facility here in Springfield.

As a result of significant investment and growth in Massachusetts, CRRC MA’s current workforce comprises 386 employees.  Their manufacturing facility in Springfield employs 308 employees, including 227 union production employees.  In addition, CRRC MA is currently seeking to recruit an additional 60 new union hires for various roles including assemblers, test technicians and engineers.

“We all benefit from today’s achievement,” said CRRC MA Chairman and President Jia Bo. “With our partner LA Metro, we designed a state-of-the-art vehicle equipped to meet the needs of today’s passengers, and with the City of Springfield we continue to help stimulate the local economy through job creation. Thank you for your support today.”

Mayor Domenic J. Sarno stated, “This is all about a good four letter word ‘Jobs’.  I want to thank CRRC MA Chairman and President Jia Bo and team for their continued belief, investment and support of our Springfield.  Their continued commitment to employing our residents and hiring more workers with good paying jobs has the full support of my administration.  I want to thank my colleagues from the City of Los Angeles for their belief and investment, and partnering with CRRC for their Metro subway car’s needs.  It is with great pride that we can say that thanks to the joint collaborative efforts from everyone here, that these commuter rail cars from Springfield Massachusetts will be in service all across our nation.”

Officials and community members were led on a tour of the state-of-the-art vehicle that boasts bench seating, which provides a wider walkway and more room for standing customers. Transit systems around the world use bench seating on their trains, exclusively or in some combination of side-facing and front-facing. These include subways in Toronto, New York City, Beijing and London.  Other amenities include an illuminated line map, USB ports for passenger use and a new design in the bike area that will offer a strap to secure bikes.

“These new subway cars will be critically needed in Los Angeles County, where we have the largest transportation infrastructure capital program in the entire country,” said James T. Gallagher, Chief Operations Officer for Metro.  “We plan to put these subway cars into use for our Purple (D Line) Extension Project as well as to replace older subway vehicles in our fleet. We thank CRRC for its partnership in helping Metro deliver these critically important heavy rail vehicles to improve mobility for our transit customers.

“With the award of the Los Angeles Metro contract, I can’t stress enough how the continued growth of good union manufacturing jobs benefit the local economy,” said Daniel D’Alma, Business Manager, IBEW Local 7.  “Too many people have to look to their grandparents to hear of good paying, sustainable union manufacturing jobs with a livable wage and pension plan retirement benefits. With our partnership with CRRC, this opportunity is now being afforded to a new generation of workers.”

“The contract between Los Angeles Metro and CRRC in Springfield will continue to drive job creation and retention for our residents, many of whom represent minority and low income populations, and is a critical part of a long-term strategy to  accelerate the  economic resurgence in the western part of Massachusetts,” said David Cruise, President & Chief Executive Officer at MassHire Hampden County Workforce Board. 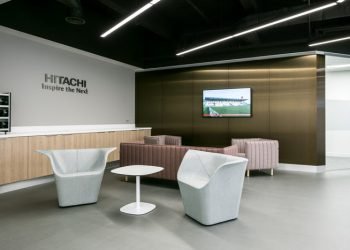 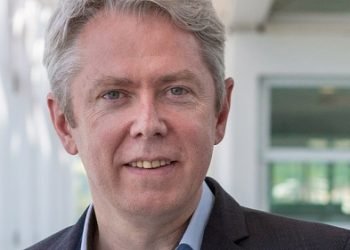