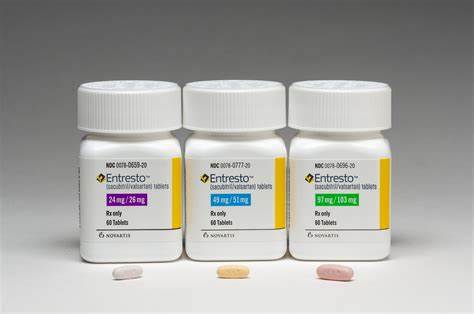 Basel, February 16, 2021 — Novartis today announced that the US Food and Drug Administration (FDA) has approved the following expanded indication for Entresto® (sacubitril/valsartan): to reduce the risk of cardiovascular death and hospitalization for heart failure in adult patients with chronic heart failure1. Benefits are most clearly evident in patients with left ventricular ejection fraction (LVEF) below normal1. The label also states LVEF is a variable measure and clinical judgment should be used in deciding whom to treat1.

“This approval is a significant advancement, providing a treatment to many patients who were not eligible for treatment before because their ejection fraction was above the region we normally considered reduced. Until now, treatment for these patients was largely empiric,” said Scott Solomon, MD, Professor of Medicine at Harvard Medical School and Brigham and Women’s Hospital, and PARAGON-HF Executive Committee Co-Chair. “We can now offer a treatment to a wider range of patients who have an LVEF below normal.”

This label expansion is based on efficacy and safety evidence observed in PARAGON-HF, the largest and only Phase III active-controlled study to date in patients with guideline-defined HFpEF2,5,6. The greatest benefit was shown in patients with LVEF below normal6.

Approximately 6 million Americans are living with chronic heart failure (CHF)4. Approximately 3 million have HFrEF, and of the remaining 3 million, about 2 million have HFpEF with LVEF below normal2-4. The prevalence of heart failure (HF) is increasing as the population ages4. Patients often face worsening symptoms that result in frequent HF hospitalizations7. Each hospitalization event is associated with worsening long-term prognosis7. Approximately one in four patients are re-admitted for HF and 10 percent may die within 30 days of discharge8,9. Overall CHF death rates remain significantly high, with up to half of patients dying within five years of a HF diagnosis4.

“We are proud of our goal to reimagine medicine. This commitment has enabled us to bring Entresto to millions more heart failure patients in the US, many of whom did not have an approved treatment option until now,” said Marie-France Tschudin, President, Novartis Pharmaceuticals. “This achievement would not have been possible without tremendous dedication from investigators, patients in our clinical trials and the advocacy community, to whom we are extremely grateful.”

About our longstanding commitment to heart failure
Our goal is to reimagine medicine for heart failure patients. Novartis established the largest global clinical program in the HF disease area across the pharma industry to date. Known as FortiHFy, it is comprised of more than 40 clinical studies designed to generate an array of additional data on efficacy, quality of life, patient-reported outcomes and real-world evidence with Entresto, as well as to extend understanding of heart failure. FortiHFy includes trials across the spectrum of heart failure, such as PARADIGM-HF, PIONEER-HF, TRANSITION, PROVE-HF, PARAGON-HF and PARAMOUNT. Worldwide, it is estimated that more than 30,000 patients have participated in the Entresto clinical trials program, and it is estimated that more than 2.8 million patients are on treatment with Entresto today.