The three-stop Otis elevator in The Woodrow Wilson House, a historic landmark in Washington, D.C., turned 100 years old this year, making it one of the oldest, continuously running units in our company’s portfolio.

Otis Mechanic Mike Finamore, has maintained the  elevator for approximately seven of 16 years he has worked with the company. “When I walked into the house the first time, I knew it was going to be totally different from the other elevators I service,” he said.

Finamore noted that many of the replaced elevator equipment parts are still stored in the machine room, including the old controller and main power disconnect. While most of its mechanical components have been replaced over the years, including the original machine motor, much remains the same, including the cab. A unique feature is the elevator opens on two perpendicular sides.

The former U.S. president’s home has been open to the public since 1963. Prior to the COVID pandemic, the house welcomed approximately 20,000 annual visitors.“Very few things in the house have changed from the time it was built,” said Wilson House Executive Director Elizabeth Karcher.

This includes the elevator, which was converted from a former hand-cranked “trunk lift,” shortly before President Wilson and his wife, Edith, moved into the home in 1921.

“It’s impressive to realize that, as a company, we have our name on a product that continues to last. And it’s a testament to the skills of our field colleagues and their ability to successfully service our equipment for more than a century,” said Otis D.C. General Manager John Jellerichs. 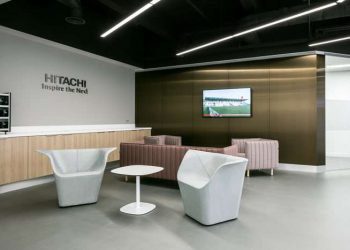