The 2022 federal budget proposed changes that will increase the amount of Canadian tax a Canadian Controlled Private Corporation (CCPC) pays on investment income earned in a foreign company it controls—also known as a controlled foreign affiliate. The current rules allow for a deferral of Canadian tax as compared with the amount of tax paid when a Canadian individual holds these investments directly. The loss of this deferral could cause cash flow concerns for CCPCs who do not plan for the impact of these changes.

In this article, we’ll provide insight on the proposed changes using an example of a CCPC that earns commercial rents from U.S. real property, in a wholly owned U.S. subsidiary. Our analysis pertains to using corporate funds to make an investment and is not applicable in the situation where an individual makes an investment and holds it personally.

Before getting to the example, let’s first review some background.

The Canadian income tax rules contain provisions which are designed to discourage Canadian resident individuals and corporations from investing outside of Canada without reporting such income or paying Canadian tax on such income.

The rules are broad and complex and can apply in many different situations. Canadian individuals and corporations are taxable on their world-wide income and not just income from Canadian sources. In addition, information returns may have to be filed with respect to their foreign investments.

Existing rules also require a Canadian individual or a Canadian resident corporation to report certain investment income earned in a controlled foreign affiliate in the same year that the income is earned in the foreign company. This investment income, which includes things like interest, dividends, and rent, is known as “foreign accrual property income” or FAPI. This article will focus on how this income is taxed in a CCPC.

Example: a CCPC that owns a U.S. corporation

Consider the following example, based on the facts and figures illustrated in the Appendix at the end of this article:

What are the Canadian tax consequences of this structure?

Does the Canadian company get credit for the U.S. taxes paid, or is there double tax?

In this example, the U.S. tax paid in USInvestCo of $2,500 is multiplied by a relevant tax factor of 4, and the result is a deduction of $10,000 (4 x $2,500) against the FAPI of $10,000 included in CanAdCo’ s taxable income. As noted above, for simplicity we have not considered the impact of foreign exchange or any differences in tax depreciation in determining the amount of FAPI.

Under this set of assumed facts, there will be no additional Canadian tax under current law in the year that USInvestCo earns the net rental income. See Chart 1, Column 1 in the Appendix.

What are the proposed changes?

The Canadian tax will be due even though there has been no income received by CanAdCo from USInvestCo. This may create a cash flow problem and CanAdCo will need to fund this tax from other sources of income within CanAdCo, by a loan or additional share investment in CanAdCo by Jackson and Amelia, with a bank-loan, or by a dividend payment from USInvestCo.

Taxation in CCPC after payment of dividend from foreign corporation

With the distribution of the profits from USInvestCo to CanAdCo, there is no additional tax to be paid, because a deduction is allowed for the income previously taxed when the income was accrued. This is the case under both the current and proposed rules.

Therefore, the net profits could be paid by dividend to CanAdCo from USInvestCo to fund the tax required on the FAPI, with no additional tax except for the 5% withholding tax that is levied by the U.S. on the payment of the dividend.

To see the final comparison between the current and the proposed law, it is important to see the total after-tax income that will be received by the shareholders, Jackson and Amelia.

As can be seen in Chart 2, the total taxes paid are approximately the same once the net profits of USInvestCo are paid to CanAdCo by dividend, and CanAdCo has distributed its net funds from FAPI to Jackson and Amelia by way of dividend (the amount of the difference in any given situation will be dependent on its facts). The after-tax profits received by Jackson and Amelia are approximately 43% of the net rental income earned in USInvestCo under the current law, and approximately 41% under the proposals, assuming U.S. corporate taxes of 25% in both situations.

Although Jackson and Amelia may not need the funds personally, the additional tax imposed in the year the income is earned in USInvestCo will impose an additional tax burden to CanAdCo that will need to be considered if these new rules take effect as proposed.

Although not illustrated here, using Canadian corporate funds to make an investment in a foreign affiliate earning FAPI is the better tax option over investing directly in a U.S. rental property from a CCPC if there is income subject to foreign tax. This is because when foreign tax is paid on investment income earned in a CCPC, the integration model for earning investment income breaks down and the overall tax cost of earning such income increases.

In spite of the changes to the Canadian tax rules, there are often other factors that must be considered when determining whether it makes sense to hold foreign investments in a foreign company, particularly with respect to real estate. For example, some benefits of using a foreign corporation to own investments include managing U.S. estate tax exposure, foreign withholding tax considerations, the ability to obtain external financing (if necessary) to make the investment, and managing liability concerns that come with the ownership of the foreign investment.

While these proposals are not yet law, if they are legislated as proposed they will be in effect for 2023 and subsequent tax years. If you have passive investments in foreign corporations controlled by your CCPC, now is the time to determine the potential impact of these changes as time may be needed to plan to fund the accelerated taxes. Contact your BDO advisor to help you to make this assessment.

Note that for simplicity, we have assumed that there is no exchange rate difference between Canadian and U.S. currency.

The information in this publication is current as of July 13, 2022. 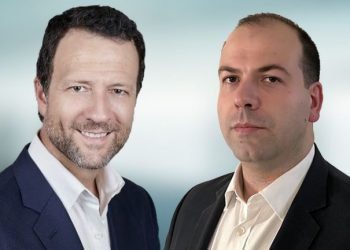