2022 marks the tenth year OUTstanding, a professional network for LGBT+ executives and allies, has published these lists. A Dow leader has been recognized on at least one of these lists each year since 2014. Annual rankings are based on a review process of nominees selected among professionals actively contributing to an environment where employees feel safe, respected, and valued both inside and outside the workplace.

“These role models are a reflection of Team Dow, representing all the incredible Dow colleagues who are creating a more equal and inclusive workplace and world,” said Amy Wilson; general counsel, corporate secretary, and executive sponsor for Dow’s LGBT+ and ally employee resource group, GLAD. “I’m grateful and proud to work with these leaders — they inspire us all.”

Louis’ holistic approach to inclusion and diversity in the workplace is best illustrated through his involvement with Dow’s GLAD ERG. As the group’s global advisor, he has worked with chapters globally to promote a more inclusive workplace and community for all employees. Louis is a member of Dow’s President’s Inclusion Council, sponsors and leads Dow’s Social Justice Council, and serves as a member of the Company’s Operations Team. A leader and pivotal voice on business strategy, people development, and growth matters for Dow around the globe, Louis brings his passion for inclusion to all his discussions and involvements — from engagements with government and industry leaders to serving on the board of directors for multiple civil society groups. In addition, he leverages his relationships within the business community and shares strategic counsel through service on the boards of numerous other inclusion-focused organizations to promote a more equal world for all. An additional proof point of Louis’ longtime support for LGBT+ inclusion, 2022 marks his eighth consecutive year as an OUTstanding honoree.

Javier is keenly aware of the responsibility he has as an influential LGBT+ Executive and uses his position to advocate for others and focuses his attention on challenges faced by the LGBT+ community. Javier is an active member of Dow’s President Inclusion Council and champions ID&E as a key part of Dow’s Latin American strategy. Externally, Javier serves on the board of the Brazilian organization, Forum de Empresas e Direitos LGBT, and is currently leading a public policy initiative to ensure a better and more inclusive environment across Brazil. This is the third consecutive year Javier has been recognized by OUTstanding.

Amy is the Executive Sponsor for Dow’s GLAD ERG and has hosted numerous events highlighting topics related to LGBT+ inclusion, including moderating a virtual event during Pride 2021 with GLAAD President and CEO, Sarah Kate Ellis, and Dow Chairman and CEO Jim Fitterling. As part of Dow’s leadership education series for people leaders, Amy led the session on ESG, inclusion, and diversity in the C-suite and Boardroom. In this session, she highlighted her extensive experience with Dow’s Board of Directors as the Company’s Corporate Secretary and the importance of including all types of diversity, including LGBT+ diversity, at all levels in the organization. Amy is now a three-time OUTstanding honoree with her first appearance on these lists occurring in 2020.

Neal, a first-time OUTstanding honoree, is the North America Executive Sponsor for Dow’s GLAD ERG, and the regional Executive Sponsor for Dow’s Asian Diversity Network, ADN. As part of Dow’s all-ERG conference, EMERGE, which included 500 in-person attendees and an additional 900 virtually, Neal led an interactive session with all participants on the importance of investing in Environmental, Social, and Governance priorities. At Dow’s SOAR conference, the inclusive leadership summit the company hosts alongside its annual LPGA event, Neal hosted a panel on how sport can be a platform for ID&E. Additionally, Neal helped ensure the safety and security of Dow colleagues and their families following Texas’ directive targeting transgender youth, constructing a dedicated support network to respond to impacted employees’ needs in an agile, equitable, and confidential manner. Neal also drives inclusion as an integral component of his global business strategy, focusing on increasing female and minority representation and ERG participation.

Erica works alongside Dow partners and customers as a champion of high-level inclusion collaborations. Projects have included launching the first Pride-themed car on a NASCAR track, and a feature during a national primetime broadcast was developed as a result of Erica’s partnership with Richard Childress Racing. Erica was also instrumental in Dow’s recent Maersk collaboration, sending Dow goods worldwide in a rainbow shipping container. In addition, Erica created a new support group for LBGTQ+ parents at Dow and shared her story of coming out in the workplace at Dow’s ERG EMERGE conference, an inspiring talk that inspired many colleagues. Finally, Erica successfully advocated for fully LBGTQ+ inclusive fertility and parental benefits at Dow, resulting in updated policies that will have a tangible impact on Dow’s community. Erica puts LBGTQ+ inclusion at the forefront of her work, encouraging transparency and inclusive behavior everywhere. Further showcasing the inclusive leadership and diverse representation Dow has across all levels of the Company, this honor marks Erica’s first time appearing on an OUTstanding list.

Carolyn (they/xe) serves as Site Implementation Lead for GLAD’s chapter in Collegeville, Pennsylvania, and has led this team to organize various seminars, workshops and volunteering opportunities over their last two years in the role. As an active member of the Global GLAD Employee Experience team, they created and helped launch the GLAD REALNESS Recognition Program to celebrate LGBTQ+ allyship and advocacy globally across Dow. Carolyn has also facilitated trainings for Dow employees around the world on various topics and their intersection with LGBTQ+ issues – such as neurodiversity, allyship, pronouns, and nonbinary/trans issues – leveraging best practices and their personal narratives as a nonbinary, autistic person. They recently started TRANSFORM, a subgroup focused on creating a resource and support hub for trans and nonbinary employees and their caretakers. Carolyn was also profiled in a special issue of C&EN News as a 2022 Trailblazer highlighting Out&Proud LGBTQ+ chemists, spends time mentoring LGBTQ+ scientists, and has helped with Dow’s Out4Undergrad recruiting efforts. As an invited panelist for conferences, such as Out&Equal, Carolyn has spoken on neurodiversity, gender, and issues facing LGBTQ+ people in STEM. They are also passionate about providing and increasing access to mental health support for LGBTQ+ people and spend their time volunteering for crisis text lines that support the community.

Leading the way on inclusion and equality

A top global employer recognized as an advocate of LGBT+ inclusion and equality, Dow offers LGBT+ colleagues and their families best-in-class policies and practices, including equal benefits to same-sex partners for health, dental and life insurance as well as bereavement leave, relocation, survivor benefits and dual career assistance. Established in 2000, Dow’s GLAD ERG, continues to transform the Company’s workplaces around the world through efforts and initiatives that create belonging and highlight the value of inclusion. With 46 chapters around the globe represented in every region, GLAD has more than 5,500 participants representing diverse gender identities, sexual orientations, races, and ethnicities.

Dow also works to help shape public policy for fair and equal treatment of all LGBT+ citizens through state and federal advocacy efforts in the U.S. Dow has achieved unparalleled progress in LGBT+ equality in the workplace and beyond, gaining national recognition for its inclusive culture and standards. Beginning in 2005, Dow has received a 100% rating on the Human Rights Campaign’s Corporate Equality Index for 17 consecutive years – the first company in the chemical industry to receive this recognition. 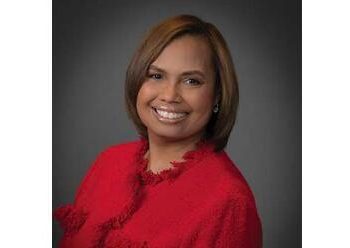